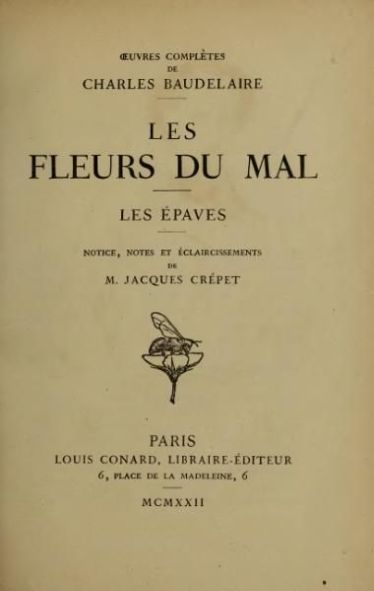 Oh hell yes who is down for some 19th century French poetry!? Word bitch I know you love it, Baudelaire is all up in your face right now! *Fireworks, explosions, and a rippin’ guitar version of La Marseillaise* FRANCE! Huh? Oh, sorry, I just came back from a parallel dimension where the French have the same stereotypes applied to them as the United States and it was weird. I’d never heard of a Bordeaux-bong before but those French hillbillies know how to party. And so many guns! Anyway, this bit is brought you by me being way the hell out of my comfort zone and not really knowing how to talk properly about French poetry. The two main hurdles to this are minor, I admit. The first being that I know like six words of French and the other being that I don’t really like poetry. And yet I’m here because of a very silly thing I’m doing concerning a poem I like, so we might as well see what’s going on here. I am so mad at T.S. Eliot for liking what he likes, by the way.

First, obviously, I read Les Fleurs du mal in translation. I’m better at reading French than speaking it (or understanding it being spoken) by orders of magnitude, but am still nowhere near being able to get through this thing in its native language. For this I used the 1954 translation by William Aggeler because it’s online and free. Don’t you judge me. Second, since Eliot only references the Preface and one other poem, that’s mostly what I’m going to be talking about. However, I did read the entire collection. It’s… poems. Baudelaire seems unpleasant. I did a cursory Wikipedia reading about his biography afterwards and that pretty much confirms what comes across in his writing. Like, imagine a French poet. You got it. He was into whores and booze and opium and spent all his money pretty much as soon as he got it. He died young. The only other things in his poetry that stand out to me, aside from what I’m going to get into regarding T.S. Eliot, are his sulking misogyny and his preening narcissism concerning his own angst.

While I understand that these poems would have been considered quite shocking in the mid-19th century, they’re still hard to take seriously in 2018. I don’t mean in the academic sense. I don’t want to cheapen anyone’s scholarly ambitions, and there is plenty in Baudelaire’s poetry that is culturally and historically prescient. That said, if you’re picking up a copy of Flowers of Evil because you feel like reading some poetry, well, you just picked up a book called Flowers of Evil. There’s a poem in here where Baudelaire compares his girlfriend to a bloated, festering roadkill. She didn’t like it. There’s quite a bit of Baudelaire writing directly to grand concepts, such as Beauty and Ennui, as if they are people. I get that’s a thing but that doesn’t make it any less precious. It is made very clear that Baudelaire has jungle fever, which whatever, but it often reads as racial fetishizing. I guess given the date of 1857 that’s a step in the right direction? It’s still uncomfortable. Look, I get that most of this distaste is simply me and cynicism, but I have a hard time taking this French edgelord seriously. 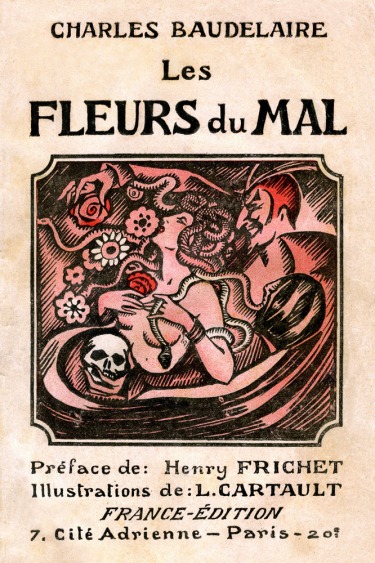 Pretty sure this is the best cover I’ve ever seen for a book of poetry.

You know who didn’t have that problem? T.S. Eliot. It’s pretty clear that Eliot thought Baudelaire was like, the coolest shit ever. And this, on its face, is very strange considering the kind of person and artist T.S. Eliot was. That is to say, Eliot was extremely conservative and boring, and in many ways the exact opposite of the apparent hedonist that was Baudelaire. Of course, Eliot has always been something of an outlier when it comes to his personality. Generally, we think of artistic genius coming from the Baudelaire-type. We expect artists to push boundaries both artistically and socially. T.S. Eliot, of course, was a bank clerk. None of his Modernist contemporaries wanted to hang out with him on account of how goddamn boring he was. If Eliot were to go back in time to meet Baudelaire, the French poet would have upended a glass of wine on his head and ditched him for a Haitian prostitute. And yet, when it comes to the writing, the lifestyle of the artist matters less than the words on the page, and when reading the poem in question here, it’s pretty clear where Eliot’s inspiration came from.

There are two references to Baudelaire in the first section of The Waste Land, both of which come towards the end. The first, and most illuminating, comes from the poem “Les Sept Vieillards,” or “The Seven Old Men.” Eliot does not directly reference the Baudelaire poem, but it’s pretty clear where he was cribbing from. Here’s the first three stanzas of “Les Sept Viellards,” in English because I am lame.

Teeming, swarming city, city full of dreams,
Where specters in broad day accost the passer-by!
Everywhere mysteries flow like the sap in a tree
Through the narrow canals of the mighty giant.

One morning, while in a gloomy street the houses,
Whose height was increased by the mist, simulated
The quais of a swollen river, and while
— A setting that was like the actor’s soul —

A dirty yellow fog inundated all space,
I was following, steeling my nerves like a hero,
Arid arguing with my already weary soul,
A squalid street shaken by the heavy dump-carts.

I realize that I’ve spent a bit of time writing about how much I don’t care for Baudelaire, but I will also state that this is one of his better poems. That’s some excellent imagery, and it’s no surprise that Eliot leaned on it for his own work. Here now is the relevant bit from The Waste Land:

Under the brown fog of a winter dawn,

A crowd flowed over London Bridge, so many,

I had not thought death had undone so many.

Sighs, short and infrequent, were exhaled,

And each man fixed his eyes down King William Street,

To where Saint Mary Woolnoth kept the hours

With a dead sound on the final stroke of nine.

And at this point it becomes pretty clear what Eliot is borrowing for his own masterpiece. Baudelaire, for all his borderline adolescent edginess, was also speaking from a place of disconnection and ennui. He hated that about himself, I think, but his poetry also reflects a changing world. Paris in the mid-19th century was a major European city just beginning a vast transformation that would end up, some sixty years later, fully industrialized and running headlong into the catastrophe that was the First World War. Now, The Waste Land is entirely about the disconnection of humanity from the modern, overcrowded and industrial city. Which is to say, the Unreal City. Yet Eliot’s London was only part of the modernizing process that was only just getting underway in Baudelaire’s time. Even before the unspeakable horror of the war, city life was becoming increasingly and rapidly dehumanized.

I get why the goth kids would be into it.

The shared images are pretty clear, I think, and both speak to this feeling of the amorphous anonymity of modern city life. Most striking and obvious is the image of fog, which sits stinking on top of the city and diffuses reality. Baudelaire’s fog is yellow and Eliot’s is brown, but either way, eww. Fog in both cases is deployed to mute the senses and confuse the individual. Individuals, in fact, don’t seem to really exist at all, outside of the discontented author. Baudelaire speaks of a “teeming, swarming city” but also “dreams” and “specters” and “mysteries that flow.” Despite the clear reality of so many people in one place, there is always a sense of disconnection and ambiguity. Individuals cease to exist and simply “flow.” Eliot is a bit more concise, and distills all that with the term “Unreal City,” which gets right to the point. We’ll revisit this next time, because Eliot also invokes Dante here, but that’s a whole other article. 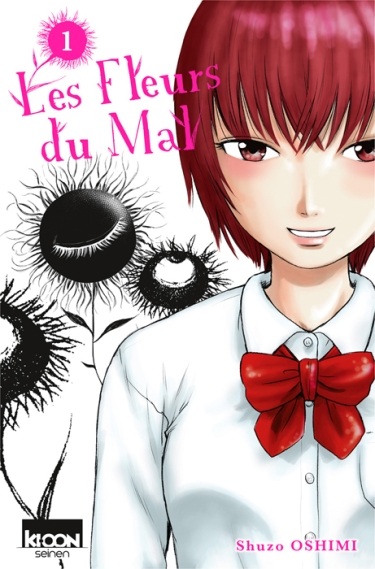 Sometimes these articles take me places I never even considered. I’m not going to read this, as I would like the manga version of Baudelaire to reside in my imagination forever.

We’re not quite done with The Burial of the Dead, but we’re going to skip to the last line because I don’t want to talk about Baudelaire any more. The last line of the first section of the poem is taken directly from Au Lecteur, where Baudelaire addresses the reader and talks a mess of shit. The line in question is this: “You! hypocrite lecteur! – mon semblable, — mon frère!” Baudelaire is basically talking about the general evil of humanity, but that of ennui in particular, and then calls his readers hypocrites. But it’s cool because we’re the same. Baudelaire, and the reader, and T.S. Eliot, all value purity and goodness but spend the vast majority of our time being barely repentant sinners out for a good time. Well, you got me there. The modern city, of course, is full of these hypocrites, and their half-lived lives all look the same in the brown and yellow fog.