If I recall correctly, this is the one the die-hard Star Wars fans hate. I went into watching this movie with the knowledge of fan backlash in the back of my head, curious as to what they were all pissed off about. Well, I watched the film hot off watching The Force Awakens and Rogue One, and it’s like… The Last Jedi is clearly in the same wheelhouse. As a lapsed fan who hasn’t had much of a relationship with the franchise in about a decade, I find myself enjoying these new movies. As I noted in the article for The Force Awakens, however, it’s a relatively superficial enjoyment. It’s the kind of mild thumbs up reserved for Marvel movies or any kind of other big-budget adventure flick. I’ll dig into some of the more specific arguments I’ve heard as to why The Last Jedi is bad after the break, but suffice to say if your expectations are in line with what Star Wars actually is, and always has been, then you’ll have a good time. The spectacle on display here is unparalleled. Some of the set pieces in this thing are, whew, impressive. I still enjoy these characters, and the new additions are fine as well.

Taking a wide view, the plot of The Last Jedi is a little loose. After the events of The Force Awakens, our primary characters are kind of all over the place. Rey is off trying to recruit Old Man Luke Skywalker to the cause, and is having trouble because Luke has turned into Yoda, basically. Meanwhile, Finn is coming to terms with his instinct to run the fuck away as quickly as possible but eventually runs into a new character, Rose, who manages to ground him. Poe, the reckless, cocky pilot, gets into some trouble and spends most of the film being insubordinate and kind of obnoxious. As for the bad guys, Kylo Ren is getting into a Vader-Emperor power struggle with the new fake Emperor, Snope. Much of the film is dedicated to playing Ren and Rey against each other, and for the most part it works. Ren is emo as hell, and Rey is extremely earnest, but I enjoy their screen time together. There is a believable tension between the two, and all the young actors inject their roles with a vigor and liveliness which is totally absent from the prequel trilogy.

Ugh, youths are the worst.

All that said, The Last Jedi probably doesn’t need to be two and a half hours long. There’s plenty of opportunities to trim from a film that ends up being a touch bloated. Of course, you can take that with a grain of salt because I start getting impatient with any movie that’s over 90 minutes long. Still, the centerpiece of the action here is the First Order slowly, very slowly, hunting down the last remnant of the Resistance. Everything else that happens occurs with that doomsday countdown clock ticking overhead. I get that the slow encroachment of the First Order on the very last bit of resistance is supposed to add tension, but what with the story playing fast and loose with faster-than-light travel, that clock feels rather trivial. If you can up and travel to distant planetary systems and back in a few hours, well, you’re opening up all kinds of plot inconsistencies for Star Wars turbo-nerds to get needlessly bent out of shape about. None of these things really gets in the way of what Star Wars is, which is a rollicking big space-fantasy adventure. If your expectations are along those lines, they’ll be met. The Last Jedi is fun, and that’s all it needs to be. 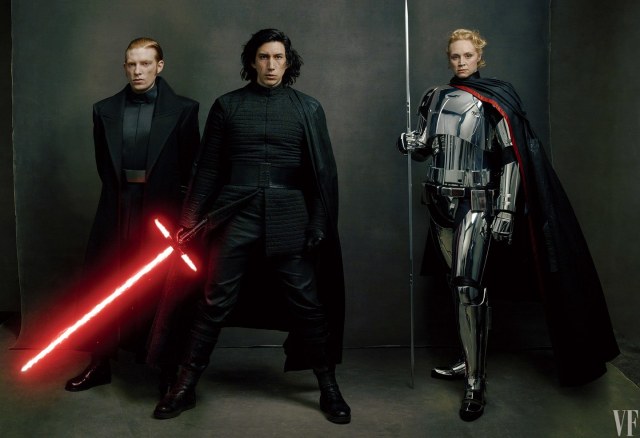 Alas, being fun isn’t enough for the superfans. It never is. It’s what happens when you lionize something over years and years and are then confronted with the bare truth of the matter. It happens, it’s a process. The prequel trilogy laid bare for me how Star Wars works, what the movies were actually doing. I mean, the original trilogy was a big deal to me when I was a kid, but I was also not known for my astute cultural analysis when I was eight. I had a little bit more experience and education under my belt when the prequels came out, but even then they were no match for my nostalgia. Because make no mistake, I loved those prequel movies when they came out. I fully got swept up into the hype machine, because I was in my early 20’s and was experiencing my first real wave of nostalgia for my childhood. So when Yoda busts out his tiny lightsaber and starts hopping around like a meth’d out grasshopper, I was into it. For a while. But at some point I watched those movies in the cold light of day, after the rush of opening day hype and reveling in the wider universe for a while. What was left were three below-average movies that traded in spectacle and forgot how to craft broad, tropey characters so that they weren’t so obviously two dimensional. Even worse, those prequel movies exposed the fairly obvious flaws of the original trilogy.

It took a long time to come back around and enjoy Star Wars again. I’m never going to feel that wave of opening night excitement for it again, because that time has passed for me. I don’t even want it, to be honest, because I’m pushing forty and going outside always sounds like a hassle. All that said, when I read through internet threads where the fans are upset at The Last Jedi, I’m mostly seeing arguments that translate to people being sad and/or angry that they’ve finally seen beyond the curtain. In the interest of fairness, I will now bring up some of the most common online reasoning as to why The Last Jedi is the worst thing that’s ever been made in the known universe. I’m trying to do my best when it comes to building my strawman here, and so most of these issues with the film are from actual threads in the usual places, like reddit. Scorned Star Wars fans are not shy, y’all. So here we go.

First of all, humor is subjective. You might not think Poe’s borderline postmodern quipping is funny, but I liked it. The humor of the new Star Wars movies crib a lot from the Marvel universe, of course, and I think that rubs a lot of people the wrong way. I get it. The weird thing about Marvel-movie humor is that it generally fits the tone and character of the movie, but is rarely memorable outside the movie. Nobody is running around quoting Iron Man lines as if it’s The Princess Bride, you know? That said, the humor in this movie beats the shit out of the clownshow that was Jar-Jar Binks. And don’t even get me started on that fucker C3PO. There’s always been goofy shit in Star Wars. Ewoks exist, after all. We’re marketing toys for children here, people.

I mean, Luke has always been a hotheaded, whiny baby, right? Was I watching the same movies? Of course he shows growth over the original three movies, but he’s still generally impatient and a little too eager to overcompensate for his own insecurities. A successful character arc doesn’t mean that a character overcomes all of their flaws, after all. Besides, we’ve been completely out of touch with all these characters for 30 years, and a lot has happened, most of which we’ll never know. For the most part, the primary old guard characters seem true to their younger counterparts. Nothing seemed like a reach. Luke failed, spectacularly, and the ability to use that failure to run away and sulk has been in his character from the beginning. So was his ability to overcome that eventually and be the hero.

I will readily concede that the plot is the weakest aspect of The Last Jedi. I get what they were going for, but I don’t think they exactly nailed the execution. That said, the choices were made for a reason. The casino bit, while too long and too disconnected from the main story, still served a purpose. One, it gave Finn and Rose something to do, and more importantly gave that relationship an opportunity to mean something. Two, it’s our only real opportunity to see a planet outside of the immediate conflict areas. It’s a look at normalcy under the First Order, and this underscores the movie’s theme, which is that the real rebellion hasn’t even started yet. That’s why the very ending of the film is a shot of those little rebel kids. As for the rest of the plot, I guess I just don’t get worked up about the details anymore. I mean, it’s a fantasy-adventure movie that has never bothered to learn what a parsec is. Who am I to tell them that they can’t warp into the middle of their attack cluster? Finally, while there are definitely recurring themes and plot elements in The Force Awakens and The Last Jedi that were present in the original trilogy, I find that they’re used to ground the new stories in what audiences are familiar with rather than just being lazy. 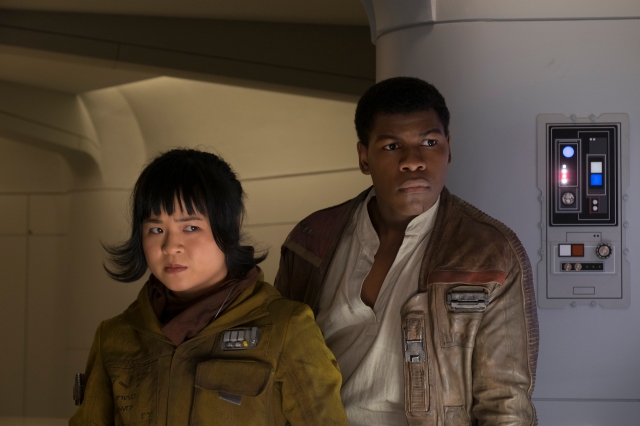 If I can’t have Poe-Finn because of your heteronormative squeamishness, then Rose-Finn will have to do.

Those seem to be the big ones. People hate on Rose, but I liked her. I suppose that’s just a subjective thing. I’m sure there’s a million other little quibbles to be had – I’m not sitting here trying to defend these as the greatest movies of all time or anything. I’m also not trying to completely dismiss the above criticisms. I just think it’s useful to look at them in context of not only other Star Wars movies, but other movies of this type. These are big, broad, blockbuster movies and are constructed as such. When these kind of films are good, they’re not only entertaining but retain a simple core an audience can hold onto. The Fast and the Furious movies are fun and dumb as shit, but they’re also movies about the meaning of family and drinking Coronas, so we can all relate. When these kind of movies are bad, they’re just a cacophony of noise devoid of humanity, like the Transformers movies. Star Wars is, and has always been, a giant spectacle with a simple core of humanity. Sure there is the suggestion of a wider world, filled with an infinite amount of characters and stories, but at least insofar as the movies are concerned, it’s only ever suggestion. At their heart, all Star Wars needs to do is present its fantastic universe and give us some characters worth caring about, in the broadest possible sense. To that end, I think The Last Jedi succeeds in its purpose.