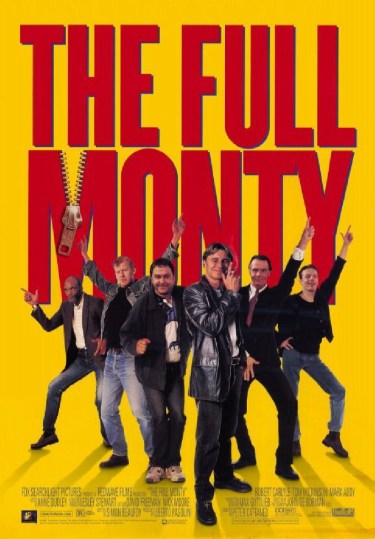 I am a ridiculous Anglophile. It’s to the point where I have to constantly remind myself how to spell “theater” as opposed to “theatre.” And I straight up will not spell the word “grey” with an “ay” like some kind of braying donkey. I tend to prefer English literature as opposed to their American counterparts, although lets be real: America does music better, The Beatles notwithstanding. I’m always going to take The Ramones over the Sex Pistols, and I have arguments to make about the Dead Kennedys and X over The Clash and The Damned. Don’t even get me started on hip-hop. Stormzy? Okay, sure, Britain. That said, I like soccer now, so it’s only so long before I start saying “cheers” to everyone like the sad American poseur I am. Actually, no, pet peeve there. Don’t come at me with a flat American accent saying shit like “cheers, love” and “bollocks.” You sound dumb when you do that. Take it from a professional Anglophile: appreciate the U.K. without trying to emulate them, unless you mean to spell “grey” properly.

This is all to say The Full Monty is one of my favorite movies ever, despite being so unremittingly North English that to this day there’s still bits of dialogue I don’t understand. It’s one of the few movies that I remember seeing in the theatre, mostly because it was the first time I ventured inside my town’s little arthouse theater. San Luis Obispo’s The Palm, to be specific. And do they spell it with a “-re?” You know it! Now, I don’t remember the exact reason I went to see this thing. I was all of 18 and while the seeds of Anglophilia were there in a literary sense, I don’t think I even knew much of Monty Python, let alone some indie flick set in Sheffield. I assume it was some kind of peer-pressure situation. That should let you know what kind of party animal I was (am). Instead of getting pressured to score coke and steal a car I’m over here feeling obligated to go to ramshackle movie theaters and see art films.

Not that The Full Monty is an art film, let’s be real clear about that. It was definitely indie, you can see that in the production and the distribution. However, it did go on to wide release and was received well. It made quite a bit of money, especially considering its budget. The Full Monty is a Comedy with Heart. The humor (note: putting superfluous ‘U’s in things is terrible, like in the word “superfluous”) is in the absurdity of otherwise real, down-to-earth people doing incredibly silly things. None of this works, however, unless you’re vested in the characters. Because this is a great movie, the writing and arc is there for each and every one of these people, who are just a bunch of unemployed steel workers looking to get their lives back on track.

I should probably mention what this movie is for those who may have forgotten the plot or (gasp!) have never seen it. It’s about a laid-off industrial worker with just the perfect blue-collar North English name, Gaz. He’s my second-favorite Gaz in fiction, even! Gaz is a low-key dude, always up for a caper and ready to crack a joke. Also he has a kid, Nathan, who seems to be a little more uptight. Of course he’s like twelve, so he’s allowed to be a little taciturn and easy to embarrass, and happens often when Gaz and his best bro Dave get up to shenanigans. After an encounter with a Chippendale’s show, Gaz gets the light bulb to put on a strip show of his own, with his unemployed buddies. What starts as a lark to make a few quid turns into serious business when it becomes clear that Gaz won’t be able to make child support payments unless he’s able to pull this caper off.

Well why didn’t you just say so?

Look, they do it and it’s great. This is a feel-good-ass feel-good movie. Each member of the Full Monty crew has their own issues to deal with, and the film takes them seriously and somehow, someway, comes up with a reasonable path for that character to find redemption by dancing nude in front of strangers. The emotional heart of the film is Gaz’s strained relationship with his son. Gaz, the unemployed manchild, obviously loves his kid and Robert Carlyle plays it perfect. He’s a goof, but his pain is clear when his son is taken away from him. Beyond this you get Dave’s body-image issues, which strains his relationship with his wife (who, rewatching this for like the fiftieth time, has a fashion sense that never ceases to amaze). There’s Gerald, the former foreman to these gomers, who’s been lying to his wife about being laid off. Even the minor characters, Lomper and Horse, have their hang-ups and issues. The only one who doesn’t is Guy, and that’s okay because he has a big wanger and ends up making Lomper happy.

Hold on, I still can’t get over the fact one of the characters is named Lomper. Hee hee!

All of these flawed, and in most cases failed, characters are tied directly to the setting of the film, which is post-industrial Sheffield, England. The movie starts with a short film, one of these civic promotional shorts designed to drum up interest in a particular locale (Puerto Rico!). The intro is breathlessly optimistic about the future of Sheffield, all based on a strong industrial economy. Well, we all know how that story ends. The industrial economy shifted to places with cheap labor and the bottom fell out of industrial cities across the U.K. and U.S. What, you didn’t think the United States has the only rust belt in the world, did you? Now, obviously, The Full Monty is taking a light approach to the subject of the consequences of neoliberal policies, but at its heart that’s what the movie is. It’s an examination of a group of men with good hearts marginalized by economic forces beyond their reckoning. These good, hard-working men are forced to a life in a strip club because their country failed them.

Wait, hold on, not quite. Relax. First of all, it’s clear that the stripping is a one-time deal. Secondly, this is not a situation where the stripping is a last resort and these poor exploited characters have no other viable option than the sex trade. No, not at all. For these unemployed steel workers, this is an entrepreneurial opportunity. It’s embarrassing, sure, but as Gaz says, “folks don’t laugh so loud when you’ve got a grand in your back pocket.” This is the blue collar making good as best they can. It’s a vindication of English pluck and fortitude. And all that would be kind of gross and exploitative in its own right if everything wasn’t just so dang charming.

All things considered, however, The Full Monty still comes from a place of bleak hopelessness and an oppressive sense of loss. “Job Club” is the most depressing thing I’ve ever seen, just a bunch of sad sacks who once had purpose and vitality and some small amount of personal wealth milling around an austere cafeteria-lookin’ room playing cards and lamenting their past. There are options for these men, but they’re demeaning and kind of dire, which is to say earning three quid an hour being a security guy for British Wal-Mart. That’s a belittling situation for a group of people who made good money doing productive work, to the point where it’s clearly less degrading to live on the dole. Of course there’s a simmering resentment here. Of course over time that resentment, mingled with frustration and jealousy and fear, will grow into a massive lashing-out against the status quo which took it all away. Gaz and Dave and the rest found an outlet. Something which allowed them to feel like the capable men they once were, before the way of the world turned against them. Of course, they may not be any better off after the big show, but then again maybe the getting on stage and showing the full monty was the jump start they needed for a better life.

I guess I’m saying if more dudes channeled their frustrations into being strippers, Brexit and Trump may not have happened.