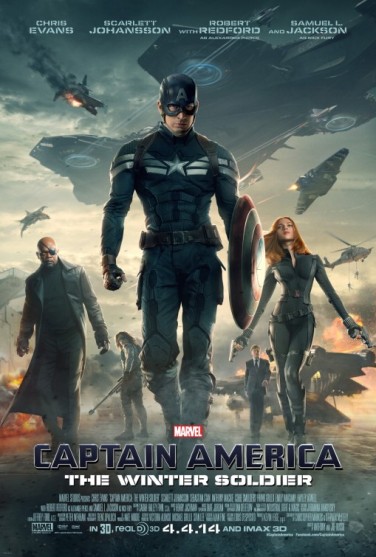 In the interest of full disclosure, I don’t particularly like superhero movies. Bummer for me, because they’ve been raking in ungodly sums of money for over a decade now and show no signs of letting up in the foreseeable future, so clearly the general public enjoys them more than I do. I don’t even know why I don’t like them, really. Part of it is jealousy, I’m sure. Comics were never my nerd fetish and now they’re getting all the cinematic love at the expense of, well, pretty much anything else. They’re also formulaic and dull, and because I have no history with any of these characters or worlds, I have trouble connecting with anything happening at any given moment. I’m sure there are plenty of “oh, shit I can’t believe they did x in this movie!” moments, but they have zero impact if you’re not one of the comic book cool kids (that’s a weird sentence to write, like ‘all those trendy Dungeons and Dragons popular kids,’ but the concept of a nerd has changed since my day). But that’s me, and considering the massive popularity of the genre, I’m clearly in the minority. The question I then ask myself is, well, what am I missing? This particular film in the unending parade of Marvel/Disney/Corporate Entertainment titles sheds some light on contemporary American popular culture. Now, I’m going to talk about this particular Captain America movie, and I’m going to get particulars wrong, and I don’t care. I’m specifically going to take a broad view because I am happily ignorant of the details. Oh, and I actually enjoyed this movie as a dumb action flick, so there’s that.

From what I remember of the first Captain America movie, our hero is a good-hearted everyman who wants to join the good fight in World War II despite his frail physical frame. Some stuff happens and he gets access to technology that allows him to turn into a super solider. Our hero, Steve, then goes on to save the day by foiling an evil outfit called Hydra (is that an acronym? Probably). It is still unclear to me what kind of outfit Hydra is, or how they’re organized. I probably missed something, but were they an offshoot of the Nazis? Are they their own thing, but just really liked the Nazi aesthetic? It doesn’t matter. They are an authoritarian group with designs of world domination via superior technology and Captain America beats them up. Then he gets frozen in an act of supreme heroic sacrifice until he is recovered in this newfangled future. This film picks up after Cap has had some time to recover, but is still figuring out his role as a hero in the modern world.

The modern world presented by the film consists of two primary forces, both of which operate outside of the overall power structure of civilization. There’s the good guys: Shield (and I know that’s an acronym, I’m just spelling it like this to give nerds hives), and the bad guys, who are a mystery at the beginning of the movie. Okay, but it’s Hydra though. The setup of the film is one of conspiracy, intrigue, and variable morality. The leader of Shield is a guy with the stupidly cool name Nick Fury, and because he’s also Sam Jackson he is not to be fucked with. He is also capable of doing shady things in the interest of the greater good, as is just about everyone else in the movie. Except, notably, Captain Steve. Our hero is presented as a man from a simpler time who turns out to have all the answers needed to save the day from a rejuvenated Hydra. His main antagonist, the titular Winter Soldier, also happens to be from the past (he used to be Steve’s bestie back when Captain America was more like Sergeant Dork) but has been engineered to be an efficient killing machine. The battle between these two, the throwback and the ultra-modern, is the real conflict of the film. It is also, I think, a big component of what makes these kinds of movies so popular.

Get ’em Captain Steve! Other guy!

The premise of the film is that The Good Guys have been infiltrated by The Bad Guys and this situation throws the natural order of things into some kind of crazy chaos that Captain America can’t quite comprehend. Because he’s from a simpler past, you see. The underlying idea is that modernity is over-complicated in every aspect: technology, politics, and even morality. Now, anyone with even a rudimentary understanding of history knows that such an idea is nonsense. Human civilizations have always been complicated, because human behavior is generally not rational. Even beyond that, any given era needs to be understood on its own terms. Of course our technology would be confusing to a man accustomed to the 1940’s, but it wouldn’t be alien. The truly astounding advance of human technology began in the late 19th century, so a mid-20th century man would be comfortable with the swift advance of technology in a way someone from a time before the Industrial Revolution would not. Technology isn’t really what’s at the heart of this film, though. Cap doesn’t seem terribly impressed or awed by the world around him (although he’s had a year or so to get used to things). The film is more interested in making its audience feel ways about the other two things, politics and morality.

Nostalgia is a strange phenomenon. The brain, in an attempt to come to terms with an uncomfortable present, reaches back into memory to find things which were better in the past. Except most of the time these things weren’t better at all, our mind simply deletes anything that reminds us of the uncomfortable present. A simple example will suffice here. I was way into He-Man and the Masters of the Universe when I was very small. Most of my memories of that show and those times were of a seven year old me running around and proclaiming that I have the power and playing with my Man-E-Faces action figure. Doll. Whatever. Anyway, these are fuzzy memories because of the focus on the positive aspects of being a child. My memory has done an amazing job ignoring the fact that He-Man was a trash cartoon made by garbage people whose only motive was to sell my dumb ass toys in as crass a manner one can imagine. This fact doesn’t necessarily cancel out my fond memories of being a kid, but it does complicate them. Captain America is doing a similar thing with the story it’s telling. The film is hearkening back to Cap’s past in attempt to evoke a simplified history we can feel good about.

Did I mention that the bad guy’s name is Bucky? Because it is.

There is a tendency for people to look back at World War II as an easy-to-understand conflict. That war was a clear battle between The Good Guys and The Bad Guys. It was even better for us in the United States, because we were so clearly the conquering heroes who rooted out ultimate evil for the benefit of all humanity. For their part, the Nazis were really good at being a bunch of evil motherfuckers. The thing is, though, if you start digging around in history it turns out that a worldwide war is a complicated matter. It was arguably the most complicated event in world history, considering the sheer size of the armies involved and the fact that modern technology allowed the conflict to move at dizzying speed. Add to this widespread cultural differences, the huge egos of various world leaders, all of the post-World War I alliances and treaties, and of course the hundreds of millions of citizens afflicted by the war and there is room for every kind of political or moral action. Now, all of that doesn’t cancel out the fact that the Nazis were evil and that the Allies stopped them, which was a good thing to do. There just happens to be a lot more to that particular story, which Cap seems to forget.

Scarlett Johansson is in this too. Here she is.

To be fair, I don’t expect a superhero movie to worry about all that. It’s not Captain America’s job to remind us that war and conflict and espionage aren’t new. Yet I do think this nostalgic yearning for simplification is the root of Marvel’s success. The modern world isn’t any more complicated politically or morally than any other time in our history (there have always been traitors, spies, betrayals, and people doing morally questionable things for the greater good), but thanks to the widespread and instantaneous saturation of information available now, it can feel like it. Therefore, it feels pretty good to imagine that our way of life is being protected by a benevolent force like Shield from the overt evil of a Hydra, especially if we have a morally clean guy like Captain America leading the charge.