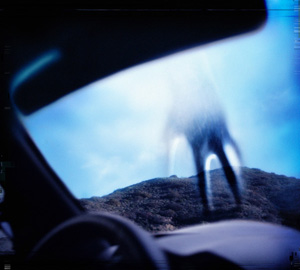 I don’t like writing about music. This is weird, because writing and music are two of my favorite things. I actively try and do the former, and appreciate but have no knack for the latter. Still, writing about something as visceral and of-the-moment as music seems strange, and comes unnaturally to me. The main issue is that when I’m listening to a song I don’t tend to focus on the lyrical content. Even when I’m rocking out in the car, I usually gloss over like 60% of the words of my favorite songs. I’m there for the sound, and the feelings they illicit. That’s the aspect I find difficult to write about without sounding like a confused mixture of a pretentious hipster and an amped-up fanboy (you can’t truly appreciate what Reznor is accomplishing on this track until that bass hits like aww yeah, boom! So good, etc.) Nevertheless, like the rest of modern media, there is a good deal of the apocalyptic spirit that musicians across genres express in their art. Sometimes that spirit is very subtle, found more in the sound than in the lyrical content. Other times, like with Year Zero, the music is quite literally an audio dystopia. As it happens, this particular album goes even further than just being a concept album. This is a whole weird thing that I will attempt to explain.

I’ve always thought that listening to Nine Inch Nails is like listening to the end of the world. That’s what attracted me to them in the 90’s, and why they continue to be one of my favorite bands after all these years. Yet prior to the release of Year Zero, what I was listening to was a very personal apocalypse. Albums like The Fragile are essentially the musical versions of one very talented man’s demons, fears, and regrets. I mean, you can go back to the first record (which is a legal adult now and I am also old) and listen to “Something I Can Never Have” if you’d like to have your heart broken. Nah, go ahead, I’ll wait. Okay, you’re back and bummed out, but let’s move on. This album marks a change in subject matter from being extremely personal in nature to engaging with much larger issues, largely political in nature. And because Trent Reznor seemingly doesn’t do anything half-assed, he went all out with the presentation of the album itself.

Not content to just release an album, Reznor turned Year Zero into a whole big thing. Sorry for being imprecise, but what he managed to do with world-building and storytelling within the context of an album release is as impressive as it is audacious and weird. At the most basic level, Year Zero started out as an ARG (or an alternative reality game) which is a de-centralized game presented as an alternate reality. Basically, clues are left in the real world which draw inquisitive and tenacious fans into the larger fiction laid out by the author, in this case Reznor and his writing partner Rob Sheridan. The initial clue in this ARG was a t-shirt. On the back of Nine Inch Nails tour shirts, certain words were highlighted. Turns out they spelled out the address to a website, which was the way into all of this madness. Later, at various concerts, USB drives were left with “leaked” songs and other aspects of the fiction. Eventually a few of the more dedicated and active fans (via various forums, e-mails, and phone numbers set up for the game) were selected and they were treated to some live-action role-playing before Nine Inch Nails performed the new album live. So, marketing.

Yet to just dismiss the whole thing as a marketing gimmick is unfair to the album itself, and to the concept as a whole. Art and commerce are not mutually exclusive, and the only reason you’ve ever even heard of Nine Inch Nails is because Reznor is a crazy person and has pursued both sides with equal tenacity. Sometimes the commercial aspect bums me out, like when I heard one of my all-time favorite songs being used to promote The Avengers, but whatever. The problem now is trying to access all of that peripheral information to set up the context of the songs themselves. The original websites that were created to provide that extra context for the music are gone, and simply redirect you to the marketing company responsible. All the information I’ve been able to glean (and to be honest, I’m not digging super deep into the digital ether) is from the NinWiki, which does a pretty good job of laying out the essentials. Basically Year Zero is the story of a near-future dystopia created by a police state grown from corrupt corporations, a complicit government, and an equally corrupt evangelical church. There are a number of drugs that have been introduced to society to either facilitate the take-over or to maintain their hold on it. Of course there is a resistance dedicated to freedom and truth. There might also be an alien?

I don’t suppose it would help to go track-by-track, considering that I’m ill-equipped to really illicit why each is significant from a musical point-of-view. Also, the album works a cohesive unit, as concept albums are wont to do. That said, there are a few stand-outs that I can maybe speak to.

“The Beginning of the End”: This song opens the album (after an instrumental track) and is pretty much self-explanatory. The dystopian government is billing itself as a new beginning for America, but those of us listening know what’s up. The slow build of the song is typical of why I have an undying crush on Trent Reznor. Discordant, ambient noise that eventually crests into a surging wave of dread? Sign me up!

“Survivalism”: This was the first (and only) track released as a single. It has an official video and everything, which for 2007 is interesting because I’m not sure that Vevo was as big a deal and MTV was long gone. Anyway, the video is a just a long, constantly panning shot of various surveillance monitors installed within a seedy apartment building. Here and there people are dealing with their oppression in their own ways. Some do fictional drugs (based on the above fiction laid out in the ARG), others watch TV under the watchful eye of Jesus. Oh, and the band is here, rocking out and inadvertently alerting the authorities with their bombastic sound and subversive lyrics.

“The Good Soldier”: A song from the point-of-view of a common soldier in the holy war to liberate America. It has a great opening: “Gunfire in the street/Where we used to meet/Echoes out a beat and the bass goes/Bomb right over my head/Step over the dead.” And that’s the tone of the entire album, really. Disillusion with the promises of the regime crop up amongst the soldiery when the realities of war set in, but it’s rarely enough to keep a good soldier from doing his job.

“The Warning”: Remember how I said there might be an alien? Well, I guess this song is about that. So, take a look at the album cover up there. It’s a blurry hand-thing, but in the fiction is known as “The Presence,” and it’s the kind of alien super-intelligence that apparently sits in judgement of mankind. Like Q from Star Trek, but less fun. At one point during this song the alien says “We have come to intervene/You will change your ways and you will make amends/Or we will wipe this place clean.” Oh, and as an extra bit of crazytown, there is a brief static noise at the end of this track. Well, during the run-up to the album release that noise was added to the end of another song (“My Violent Heart”) which was leaked as an mp3. Turns out, if you run a spectrogram analysis on that sound, it appears as the weird hand-alien. I know, right?

“God Given”: This song is told from the perspective of the fundamentalist, evangelical church that rules alongside the authoritarian government. It is included here because I think that’s pretty funny, and also because the song is funky as shit.

“The Great Destroyer”: And here is where my ability to say anything even remotely interesting or useful comes to a complete halt. Yeah, the lyrics fit into the fiction and that’s cool, but the only important thing here is what happens to the track after the second chorus. Goddamn.

“In This Twilight”: The penultimate song is a fitting prelude to the conclusion of the album, and serves as a moment of wistful reflection. It’s the understanding that humanity has failed, and this is the last day. Given this knowledge, even the meditative twilight is unnerving and filled with an underlying dread, which the music captures perfectly.

“Zero-Sum”:  A fitting end to an incredible album, this track is understated and gorgeous. It’s also super depressing! It’s a dirge for the funeral of the world, essentially. In the end, humanity embraced their baser nature and submitted to fear and oppression. Then the hand-aliens blew it all up. There is some human redemption found here, however, as the song is a realization of what has been lost. Love and human connection. Yet this knowledge of our redemptive attributes doesn’t absolve us from what we’ve done to ourselves, which is why we close out in a handful of dust: “Shame on us/Doomed from the start/May God have mercy/On our dirty little hearts. Shame on us/For all we’ve done/And all we ever were/Just zeros and ones.” 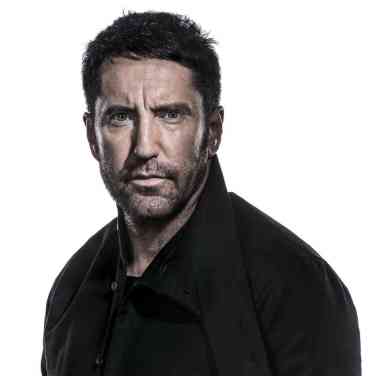 In case you were wondering, Reznor is no longer gothy-hot. Now he’s just grizzled hot.